Information of the State Security Service/Zagreb Department on reactions to the Djilas case in Croatia. 19 February 1954. Archival document 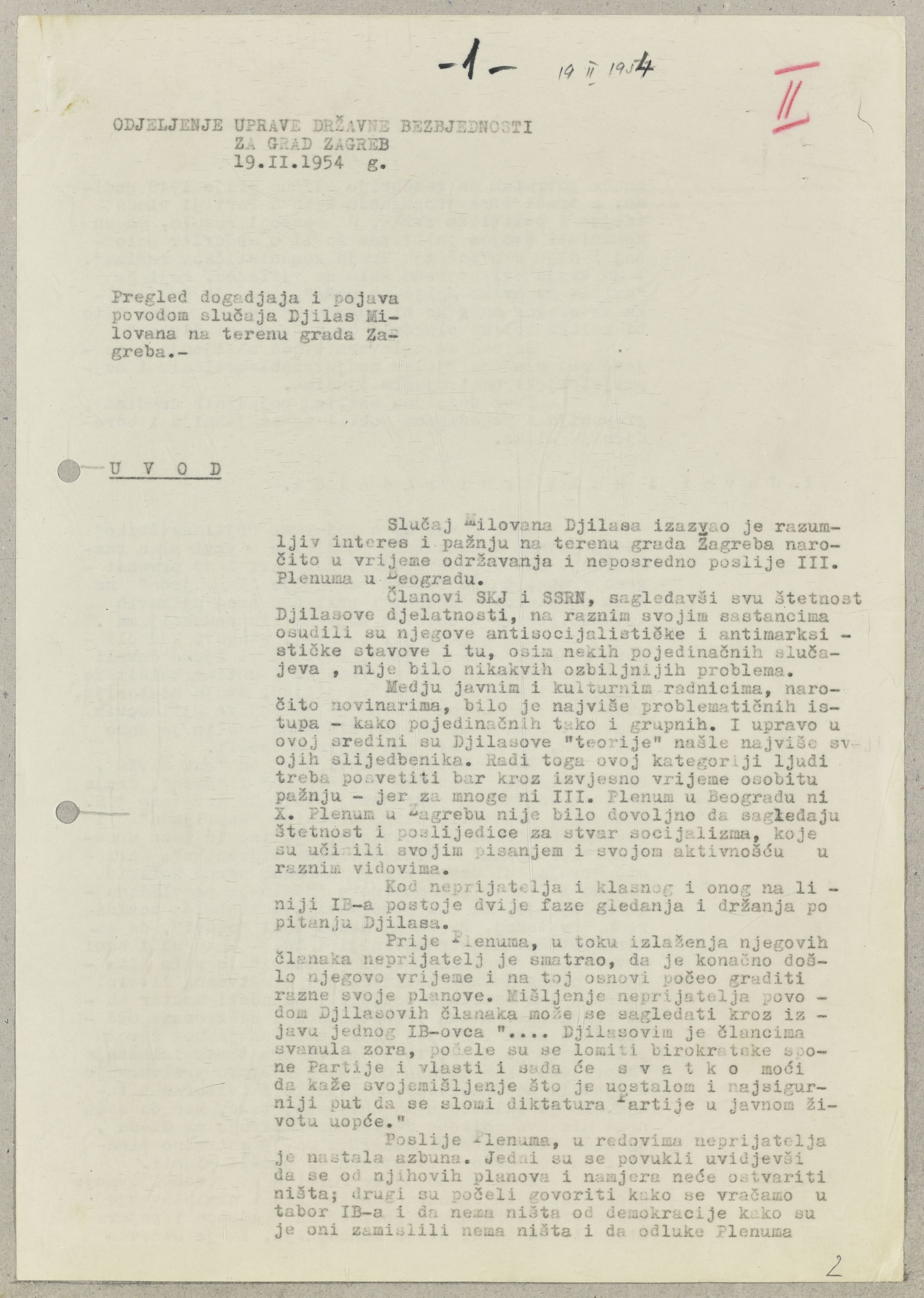 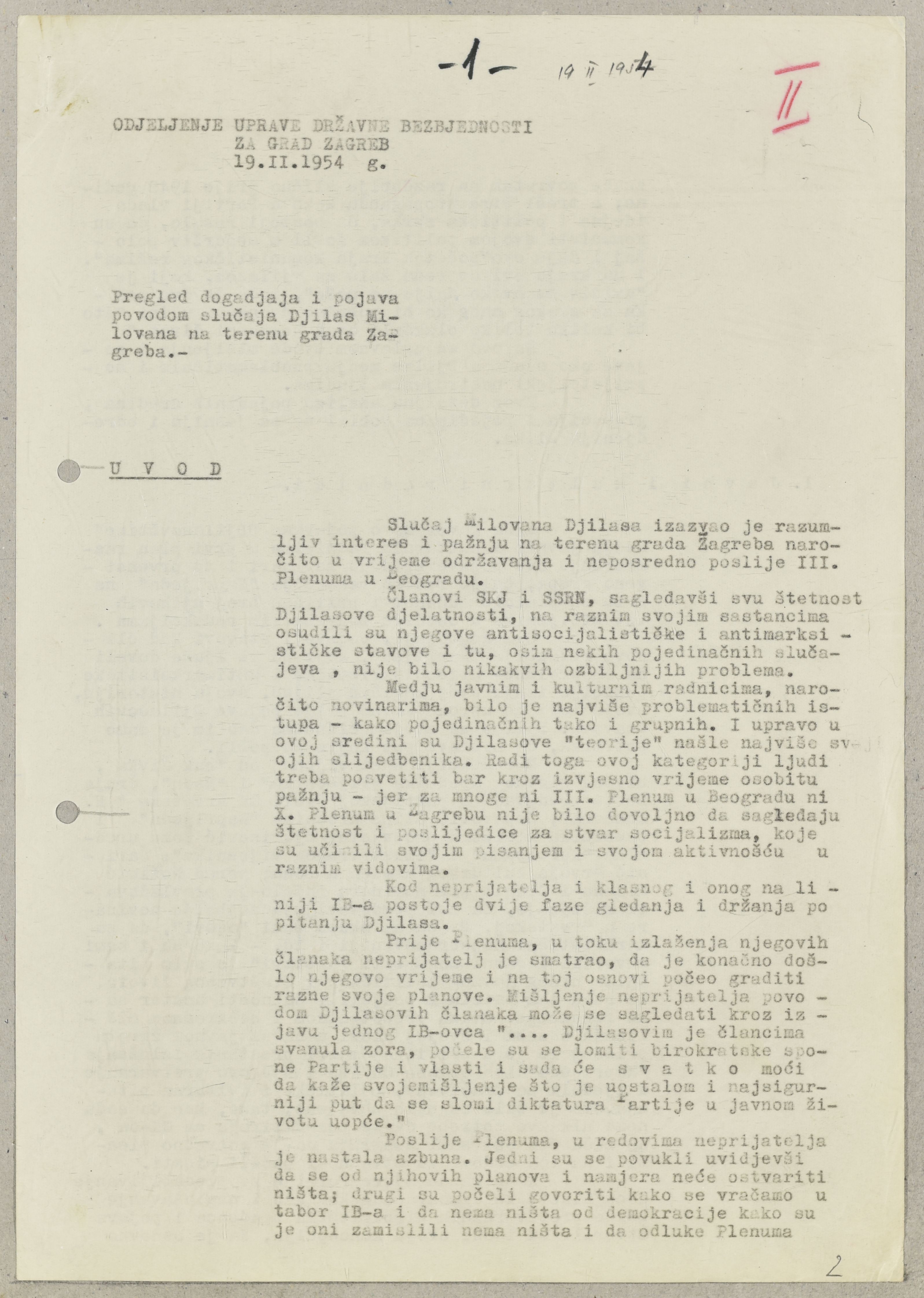 In 1953, Milovan Đilas, a high-ranking member of the Communist Party of Yugoslavia, published a series of articles on the need for democratization and liberalization of Yugoslav society, which led to his condemnation at Party forums and expulsion from the Party. Yugoslav communist leaders labelled all of those who supported similar ideas Djilasovci, i.e.,  Djilas supporters  (Radelić 2010, p. 56).

The Croatian State Security Service accorded considerable attention to such cases. In an extensive analysis conducted in February 1954, the Department in Zagreb provided an overview of responses to the Djilas case in public and cultural circles, especially among journalists, staff at the University of Zagreb, and groups which were already considered opposition to the communist regime (i.e., persons under surveillance due to the Cominform split, the clergy, members of former non-communist political parties). But, Naprijed's editorial board, led by Dušan Diminić, and many “of their supporters in other newspaper editorial boards (Vjesnik, Vjesnik u srijedu) were specifically singled out, as they had been “adopted anarchist and anti-Marxist positions even before Djilas and his articles, which just encouraged them to go in that directionˮ (HR-HDA-1561. SDS RSUP SRH, code 010.1/1-1). The Croatian State Security Service also described the influence of Djilas supporters, i.e., connections to certain “lobbiesˮ in other parts of Croatia, especially in Istria (Pula, Buzet, Poreč and Pazin). At that time, such “localismˮ was also a serious political label (Spehnjak and Cipek 2007, p. 272).

The document has 18 pages. It is available for research and copying.