Memorandum to the CC of the Romanian Communist Party by Adrian Marino, 12 March 1989 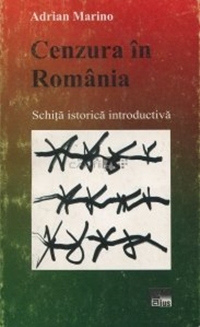 The tightening control implemented by the communist authorities on the circulation of cultural goods in Romania in the 1980s was strongly felt by Adrian Marino, the author of works in the field of literary history and comparative literature whose documentation could not have been carried out without consulting many books published in the West. After the customs service in communist Romania confiscated certain books sent by his collaborators in the West at the end of the 1980s, Marino wrote to the local and central authorities a series of memoirs containing an elaborate argumentation. Through these memoirs, Marino protested against the abusive confiscation of certain books in foreign languages sent from the West.

One of these typewritten documents, which is today in the Adrian Marino collection, is the memorandum sent to the Central Committee of the PCR on 12 March 1989, in which the author informed the communist authorities about a series of “abuses and illegalities committed during certain postal and customs operations” concerning a parcel sent from Munich on 21 June 1988 (Memoir 1989, 5). The parcel contained four books, one by Nietzsche, two published in the USA about Mircea Eliade, as well as a book by Adrian Marino himself published in France about the French linguist and literary critic René Étiemble. At the same time, upon his entering the country, the customs service had confiscated all the publications he carried with him, among which he mentions books and magazines in French, as well as “a history of Romanian political ideas up to 1876,” In the argumentation of the memoir, Marino questions the “competence” of the customs employees to judge “the content” of the confiscated works (Memorandum 1989, 5). Marino ironically highlights the paradox of the situation: “Can the documentation of a Romanian writer, whose competence has been recognised both in the country and abroad, be stopped by any customs worker, who judging by his handwriting has recently finished learning the alphabet?” (Memorandum 1989, 5). The document concludes with the request that the confiscated volumes be returned to him, and that the abuses be investigated. Aware of the preoccupation of Ceauşescu’s regime for the external image of the country, Marino invokes the fact that these abuses “cast a most unfavorable light on the Romanian customs authorities (including from the foreign tourists who were present at that moment), especially since their working attitude – military, rude and brutal – was and remains unforgivable” (Memorandum 1989, 6). On the one hand, this document illustrates the limitation by the communist authorities of the documentation material obtained from various sources in the West, and, on the other hand, it constitutes an example of opposition to the daily practices of censorship in Romania in the 1980s.