Archive of the GDR-Opposition at the Robert Havemann Society
The Archive of the Opposition to the GDR, founded by the Robert-Havemann Society, is the largest and most significant amongst the so-called ‘reappraisal archives’. With its impressive collection of personal documents, the Archive offers a wealth of alternative and contrasting source material to that found in state and party files.
читати далі

The collection is a private documentary collection of documents concerning one of the most successful Hungarian American advocacy organizations in the field of minority and human rights. Founded in 1976 by second-generation Hungarian American intellectuals and professionals and referred to until 1984 as the CHRR–Committee for Human Rights in Romania, HHRF addressed the advocacy on behalf of Hungarian minorities in Central and Eastern Europe. 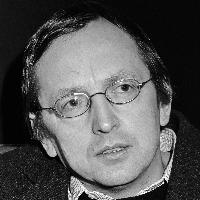 Archive of the Studio Theatre
Artistic Archive of the Studio Theatre and the Jerzy Grzegorzewski Section contain all the materials created by the theatre group since 1972 until today (the archives created before 1972 are deposited at the Zbigniew Raszewski Theatre Institute in Warsaw). This collection is a unique testimony of how the theatre functioned in the 1970s and the 1980s, trying to stay artistically and politically independent in the times of great cultural divisions in Poland. Especially the documents from the 1980s, during Jerzy Grzegorzewski's mandate as a director of the Theatre, provide a particularly interesting overview of the life of the institution at that point. Each play has its own dossier, containing different versions of scripts, notes of the theatre group, as well as video and audio recordings, which give an insight into the process of working on domestic and foreign plays at the dynamic times of political transformations and the martial law in Poland.
читати далі 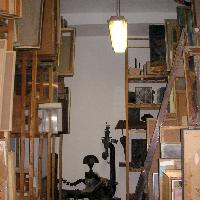 Archive of the Studio of Young Artists
Launched as part of the cultural politics of the time, the Studio was founded in 1958, as the youth section of the Art Fund, as an institution to further the professional integration of recently graduated visual artists. The studio was dependent on the mother institution financially and bureaucratically, but it enjoyed partial autonomy through its elected board members. A unique rule – the upper age limit of 35 years – ensured the continuous revitalization of membership. Beginning in the 1970s, autodidacts were also admitted as members, which made it possible to integrate outsiders into the official artistic milieu, thus breaking the hegemony of the academy. This also meant an expansion of the accepted ways of working. The collection, which contains primarily the works of former members, illustrates the conflicts of artistic autonomy and centralized cultural politics so typical of the era.
читати далі

National Commission of "Solidarity" Trade Union collects, develops, stores, and publishes archival materials of the Independent Self-governing Labour Union "Solidarity”, primarily from the 1976-1990 period. The Archives are located at the National Commission of "Solidarity" head office and serve the purpose of documenting the social phenomenon of democratic opposition in Poland, in particular in the 1980s. Apart from documents it holds audio and video recordings, photographs, and other items. The Archives continuously add and digitise new, both private and institutional, collections from various parts of Poland.